The Calliptamus italicus or Italian Grillastro is also called Grasshopper with pink wings due to the characteristic color of the basal part of the rear wings; this species, whose adults measure 18-30 mm in length, is recognizable by the three hulls, parallel running, of the pronotum and by the three dark spots in the inner part of the posterior femurs. Calliptamus is widespread throughout Italy, particularly in the northern regions, even at altitudes of about 1000 meters. The damages are caused both by the nymphs, voracious defoliators, and by the adults; the greatest damage occurs on herbaceous plants, however, especially if in the gregarious phase, damage can also occur on cultivated and forest arboreal plants.
The Dociostaurus maroccanus, commonly called Grillastro or Crusader grasshopper for the characteristic cross of S. Andrea on the pronotum, has a reddish color with brown spots, the rear wings are devoid of particular colors; in the external part of the posterior femurs it has three dark spots. The female can exceed the length of the male by 10 mm, reaching over 35 mm. The Dociostaurus is the most fearsome grasshopper in the regions of central-southern Italy and the islands, due to the frequent appearance of the gregarious phase, making it more harmful than Calliptamus; in the past serious devastations have been recorded in Sardinia, Campania and Puglia.

Calliptamus performs only one generation per year; the eggs are laid, in ootheca, in the ground in summer (grill); winter has passed to the egg stage and the nymphs shell from May to June; adults appear from July onwards, depending on latitude and climate. The same cycle is performed by D. maroccanus: in fact, it has only one generation per year, and winter is spent as an egg, laid in the ground, in oothecas called torches. Nymphs usually appear from April and adults about a month later; the hatching of the eggs (and the appearance of the nymphs) is scalar and occurs gradually.

In spring 2010 the Euganean and Berici hills were affected by a completely unique population explosion because the "Barbitistes vicetinus ", an autochthonous species typical of the hilly areas of Veneto but also present in the Adige valley where the situation is normal, however, is usually rare. The grasshopper is harmless, at best it can be frightening or annoying. Normally it has a green color, but in these phases of abnormal diffusion it turns black.
The damage caused is concentrated within the forest and only marginally affected some crops of vines, olives and cherry trees. (source IASMAA)

The fight against grasshoppers, made mandatory by art. 28 of law 987 of 16/6/1931, must be carried out first of all with a constant and continuous control of the areas of possible oviposition; these must be identified and appropriately reported to the technicians of the Phytosanitary Consortia or to the competent provincial agriculture services; identification is essential to make control and timely intervention possible. Basically, the struggle uses two means: agronomic means and chemical means.
THE agronomic means I'm:
- superficial tillage and tillage of the land in autumn-spring, to destroy the ootheca;
- cultivate uncultivated surfaces and remake old meadows, now very degraded;
- in areas of oviposition (generally exposed to the south and uncultivated) carry out, if possible, tillage;
- birth control (May-June) with highlighting the outbreaks to be treated.
THE chemical means I'm:
- treatments, localized to the oviposition areas previously identified, by means of chemical products, to be distributed on the ground;
treatments for newly formed outbreaks (birth of nymphs).

Facts About the Indian Leaf Butterfly

What Are Indian Cigars That Grow on Trees? 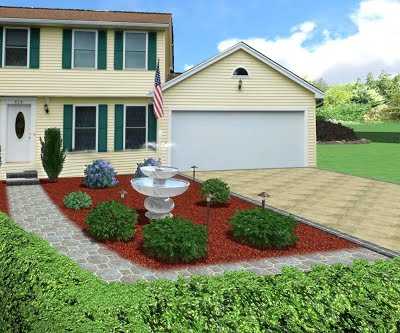